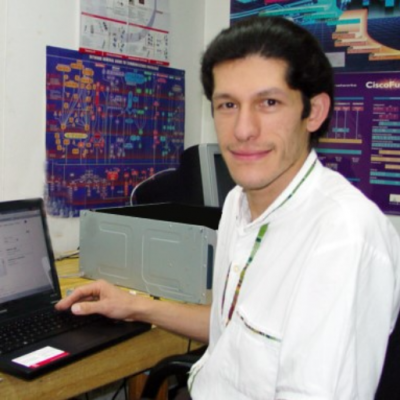 Azael Fernandez is responsible for the IPv6 Forum Chapter Mexico and of the IPv6 Project/Working Group at the National Autonomous University of Mexico (UNAM). He is also Coordinator of the IPv6 Working Group in CUDI (Corporación Universitaria para el Desarrollo de Internet), the Mexican Academic Network, and until the conclusion of the working groups in CLARA, (Latin American Cooperation of Advanced Networks) he coordinated the IPv6 Working Group.

In the Latin American region Mr. Azael has been a pioneer, a moderator of the email list in the Latin American and Caribbean IPv6 Task Force (LAC-IPv6TF), and he has belonged to the editors group of its base document; the initiator and principal supporter of the twice a year IPv6 Challenge in LACNIC, the regional RIR; member of the previous Advisory Panel of the IPv6 Forum Pacific Islands, and of the evaluation committee of the FTL (Latin American Technical Forum), previously known as FLIP6 event (Latin American IPv6 Forum).

From the beginning of the IPv6 Project in his university, Mr. Fernandez has given many lectures, workshops, tutorials and presentations in National IPv6 Seminaries, and in International Events like the Latin American and Caribbean IPv6 meetings, and in the North American IPv6 Task Force.

Since 1996, Mr. Azael has worked in the General Telecommunications Office of the UNAM in different areas such as telephony and data networks. In 1999, he joined the working group of the current Network Emerging Technologies Laboratory (NETLab), in the Network Department, testing since then: IPv6, IPSec, QoS, MPLS, VoIP, PLC, WDM, SDN, IoT and the support of other technologies in equipments from different companies and in many platforms.

Mr. Fernandez has also participated in the start and operation phases of institutional projects such as the UNAM’s IPv6 Network and the Internet2 Network of Mexico (RedCUDI), later in the design-implementation of native IPv6 in the Backbone of this network, in the Latin-American Investigation and Education Network (RedCLARA), and in a more recent network called Ri3. Mr. Azael has been involved in the deployment and tests of a metropolitan network

that is already using WDM in a project known as “Metropolitan Supercomputing Delta” in Mexico City, a milestone in the country.

Finally, Mr. Azael Fernandez is author and co-author of several articles, in topics related to IPv6, IPSec, Internet2, Digital Audio Broadcasting, WiMax, among others. And in some presentations of Internet Governance and GreenIT.