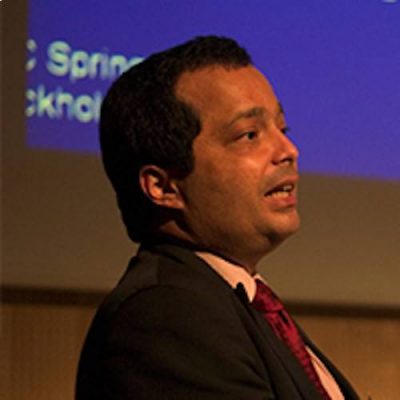 Jorge Pereira obtained the Engineering and M.Sc. degrees in Electrical and Computer Engineering from Instituto Superior Técnico (IST), Lisbon, Portugal in 1983 and 1987, respectively, and a Ph.D. in Electrical Engineering-Systems from the University of Southern California (USC), Los Angeles, in 1993.

He has been with the European Commission since September 1996, initially as Scientific Officer, becoming Principal Scientific Officer in 2005. He has remained in the same DG, dealing with ICT, covering a broad variety of areas, with a focus on networking, devices, applications and services, experimentation, testing and validation, as well as deployment. He is, since 2016, in the area of Future Connectivity Systems, focusing on 5G and beyond, where he is responsible for the areas of Advanced Spectrum Management; optical-wireless convergence; Connected and Automated Mobility (CAM); and Public Protection and Disaster Relief (PPDR).

He is a member of the Advisory Board of John Wiley’s Wireless Communications and Mobile Computing Journal, and of the Editorial Board of Kluwer Academic Publishers’ Wireless Personal Communications Journal.