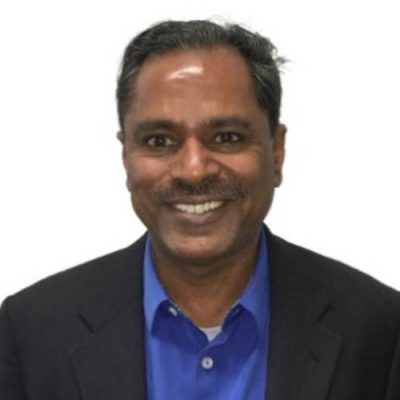 Marimuthu Palaniswami is a Fellow of IEEE and a distinguished lecturer of the IEEE Computational Intelligence Society. He received his Ph.D from the University of Newcastle, Australia before joining the University of Melbourne, where he is a Professor of Electrical Engineering and Director/Convener of a large ARC Research Network on Intelligent Sensors, Sensor Networks and Information Processing (ISSNIP) with about 100 researchers on various interdisciplinary projects. Previously, he was a Co-Director of Centre of Expertise on Networked Decision & Sensor Systems. He served in various international boards and advisory committees including a panel member for National Science Foundation (NSF). He has published more than 450 refereed journal and conference papers, including 3 books, 10 edited volumes.

He was given a Foreign Specialist Award by the Ministry of Education, Japan in recognition of his contributions to the field of Machine Learning and communications. He received University of Melbourne Knowledge Transfer Excellence Award and Commendation Awards. He served as associate editor for Journals/transactions including IEEE Transactions on Neural Networks, Computational Intelligence for Finance. He is editor of Journal of Medical, Biological Engineering and Computing and the Subject Editor for International Journal on Distributed Sensor Networks. Through his research, he supported various start-ups, local and international companies.

As an international investigator, he is involved in FP6, FP7 and H2020 initiatives in the areas of smart city and Internet of Things (IoT). In order to enhance outreach research capacity, he founded the IEEE international conference series on sensors, sensor networks and information processing and served as General Chair for over 15 IEEE and IEEE sponsored Conferences. He has given several keynote/plenary talks in the areas of sensor networks, IoT and machine learning. His research interests include Smart Sensors and Sensor Networks, Machine Learning, IoT and Biomedical Engineering and Control.