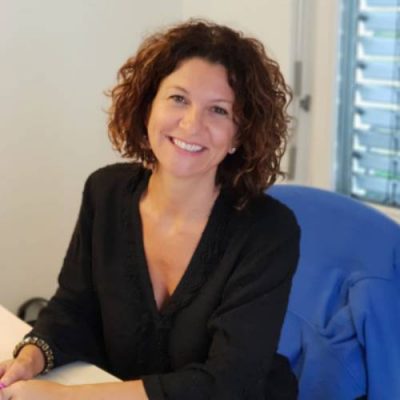 Dr Monique Calisti is CEO and Head of Media and Consulting at Martel Innovate, a dynamic Swissbased consultancy with more than 20 years’ experience managing research and innovation projects across Europe and worldwide in the field of next generation internet technologies. Monique manages the company’s business and leads its strategic development, combining her technical ICT background with consolidated entrepreneurial experience and excellent communication skills.

Monique is an accomplished and passionate speaker and authority in the areas of Next Generation Internet, IoT, Artificial Intelligence, 5G, Smart Cities, Horizon 2020 and European digital policy. She has spoken at numerous conferences in Europe and beyond including the Mobile World Congress, Four Years From Now, DSI Fair (opening and closing address) and the EU’s Digital Assembly. Monique also gave a TEDx talk in Italian in early 2018 at Modena Salon.

Monique holds a Ph.D. in Artificial Intelligence from the Swiss Federal Institute of Technology of Lausanne, Switzerland, and a Ph.D. in Telecommunications Engineering from the University of Bologna, Italy. She has authored and edited many professional publications including books and more than 50 scientific papers. She has also managed and participated in hundreds of successful R&D project proposals.

Monique lives in Zurich, Switzerland with her family. Multitasking and multicultural, Monique is the mother of three children and is fluent in five languages.