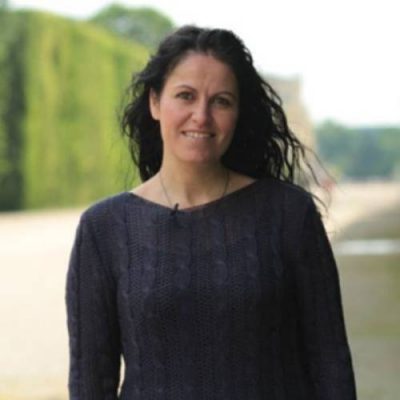 Nuria de Lama studied Telecommunications Engineering at the Polytechnic University of Madrid. She has worked more than 20 years in Research, Development and Innovation in different IT environments. After several years managing the department of International projects in an SME specialized in wireless and mobile technologies, she joined Atos in 2005, where she first led a Research Unit on Rural and Industrial development. In 2006 she was appointed Head of the Research Unit on Semantics, Software and Service Engineering and since 2010 she is European Programs Manager. She has managed or contributed to more than 40 innovation projects in areas like Services, Digital Platforms, Digital Transformation, IoT and Big data applied to different sectors, notably Smart Cities and Agriculture.

She has played a leadership role and represented Atos in a number of strategic and road mapping initiatives, such as the European Technology Platform on Software and Services (NESSI), the CELTIC Plus Eureka program, the Open Innovation Strategy and Policy Group (OISPG) or the Future Internet Partnership leading to the creation of the FIWARE Foundation. She is also one of the founders of the Big Data Value Association where she was first Deputy Secretary General; since 2018 she is member of the Board of Directors.