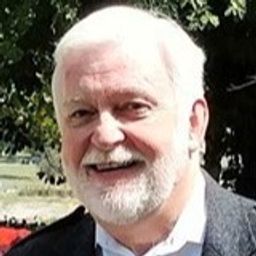 Ralph Wallace – with over 45 years’ experience in the engineering and program management fields, he chose IPv6 as a priority needing to be accomplished. A US Navy retiree, he has always focused on his core engineering expertise as a leader in technical areas. In 2008, as an IPv6 subject matter expert supporting the United States public sector, he created the first (in the world at that time) “IPv6 Security” week long course of instruction for the Defense Advanced Research Projects Agency (the “Defense in Depth” architecture taught in this course is still in use by the private and public sector today). Since that time and as a member of a private/public consortium comprised of US Government staff and consultants/vendors, he has been a key contributor to the U.S. Federal Government’s Technology Transition policy directives under the Federal CIO Council (Federal IPv6 Task Force), both in the initial rendition of the ”Planning Guide/Roadmap Toward IPv6 Adoption” document in 2009 and the update in 2012, and due to his successful federal government 9 year IPv6 transition experience as a major federal agency IPv6 Transition Manager, was invited in 2019 to participate in the drafting of the current Office of Management and Budget (OMB) memo, M-21-07 titled “Completing the Transition to Internet Protocol Version 6 (IPv6)”. He most recently completed service as a federal agency’s IPv6 Transition Manager, successfully leading their IPv6 technology transition initiatives where, for example, 97,000 workstations were safely and securely deployed with full dual stack functionality and corresponding “Defense in Depth” cybersecurity architecture. As he retired from federal service in 2020, he is fortunate to have joined the Verizon Public Sector team, and as one of his first roles was in standing up the internal Verizon IPv6 Center of Excellence. He is now Verizon’s public sector representative on IPv6.

Ralph is a respected speaker on technology insertion (IPv6 focus) initiatives, moderating panels such as the 2014 US Government Health and Human Services IPv6 Summit, and presenting at forums such as the Rocky Mountain IPV6 Summit, Digital Government Institute conference, Federal IPv6 Interagency Conferences, and Federal IPv6 Task Force roundtables. During his first year with Verizon, he has presented to the DoD IPv6 working group, and recently completed a landmark recorded 2-hour presentation on Federal IPv6 Transition Best Practices for the Federal IPv6 Task Force Technology Roundtable. Based on this presentation, he participated in the US Government General Services Administration (GSA) Community of Practice initiatives in creating an IPv6 Implementation plan template, enabling agencies to complete this key M-21-07 objective for FY21 (the implementation plan to complete all objectives out to FY2025). He represented Verizon on the telecommunication panel of the GSA chaired Federal IPv6 Industry day on June 16th, 2021.

He holds a Master of Science in Technology Management from George Mason University, and is a graduate of the Federal CIO University. He is married with two adult sons.